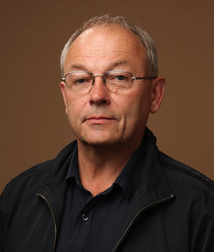 Canadian auteur William D. MacGillivray has been writing and directing independent cinema since the early 1980’s.  An alumnus of THE LONDON FILM SCHOOL, 1970/1, he returned to Canada to become one of the founding members and first president of the Atlantic Filmmaker’s Cooperative, opening his own production company, PICTURE PLANT in 1981.

Trained as a visual artist, MacGillivray’s work has been described as being instrumental in the development of English Canada’s Cinema. His feature film STATIONS was named one of the 10 best debut features in Canadian Cinema. LIFE CLASSES (in competition for the Golden Bear, Berlin) has been sited a Master Work of Canadian Cinema and one of the 20 English language features listed in TIFF’s 2017, ‘Essential Canadian Cinema’.

MacGillivray is an eminently versatile filmmaker and besides his award-winning features, he has written and directed many acclaimed documentaries and shorts and a 13 part ‘cult’ Canadian television series.

MacGillivray’s cinema has been called deceptively simple in its complexity, with a mise-en-scène that appears unaffected, but is in reality detailed and multi-layered.  The intelligence of his writing and the sensitivity of his work with actors has given him a reputation for slowly drawing audiences in and rewarding them with deeply emotional cinematic experiences.

In 2013, MacGillivray was awarded one of Canada’s highest Arts Award, The Governor General’s Award, for his career achievements.

PICTURE PLANT is a small but dynamic production house that was incorporated in Halifax, Canada in 1981. With a history of award-winning dramatic features, long-form documentaries and nationally broadcast television shows, it is one of the most experienced production companies in Atlantic Canada. PICTURE PLANT principals are writer/director, William D. MacGillivray and creative producer, Terry Greenlaw. Currently, the company has a full slate of projects in active development

Link to William MacGillivray on IMDB