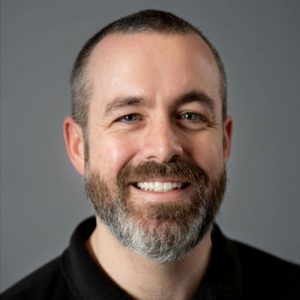 Over the past two decades, Marc Savoie’s passion for storytelling and obsession with technology have combined to forge his career in the television and film industry. Starting in production in 1997, he worked as a production coordinator, then later as a production manager on many French and English language programs including Turning Points of History for History Channel and Stones of Fate and Fortune for The Discovery Channel.

In 2006, he founded The PostMan Post-Production Studio in Moncton, New Brunswick with a goal of providing high-end television and film finishing to the local market. The company quickly grew, delivering hundreds of hours of content every year. In 2008, The PostMan acquired two local facilities, Studio Révoluson and Storytellers Inc., and solidified its position as the premier post facility in the province. In 2011, with an expansion into Halifax, Nova Scotia, The PostMan became the largest post company east of Montreal.

Marc has most recently become a partner and producer at Connections Productions, a Halifax-based production company established in 1997. His producing work includes the feature films Weirdos, The Child Remains and The Crescent, as well as many television series including Pour l’amour du Country and Cubicle to the Cage. He is currently producing a pilot for the animated series Spaceman and Robotron for Teletoon Canada.

We're different: We have experience, having delivered more than 1000hrs of broadcast deliveries to all major Canadian networks in French and English.

We're always pushing: We shoot everything in 6k before delivering in 4k and HD and have built a complete digital pipeline that ensures maximum quality.

Link to Marc Savoie on IMDB