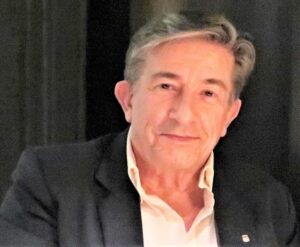 After a budding journalist marries her stepfather in 1922, she becomes ostracized in her Nova Scotian community and finds her mother has become her rival – and later a threat –  who endangers her future and that of her young son.

Based on the novel Unconventional Daughters (2020) by Bruce W. Bishop. Inspired by a true incident.

Amid the backdrop of a large hotel and a murder mystery, two men start a romantic dalliance in Nova Scotia during the Great Depression. The pressures of being closeted send their lives and careers in drastically different directions.

Based on the novel Uncommon Sons (2021) by Bruce W. Bishop

The idealistic daughter of a seafood magnate in 1950s Nova Scotia grapples with her family’s secrets and lies and attempts to find justice for the lives harmed by her criminal father.

FORMAT: 60-minute serialized, period character drama with ensemble cast (and interlinked to the above two novels)

Based on the novel Undeniable Relations, by Bruce W. Bishop, to be published in December 2022

The author of the line, “It is never too late to be what you might have been” is still debated today, but no matter who initially coined the phrase, it’s one I firmly believe in.

While living in Toronto in the late 1980s, I wrote a fish-out-of-water screenplay (a dramedy) called Bordering on Friendship that got an letter of intent from distributor Andre Bennett at Cinephile Ltd., a ringing endorsement from the late Daniel Petrie, Sr. in Hollywood, and a very funny phone call from Gordon Pinsent. I self-financed a sample 35mm demo film of 20 minutes based on the script, but it was a “pass” from the funding agencies — and I was in debt.

Life got in the way after that, and I won’t bore you with the details. But I worked as a travel journalist and guidebook author for many years, winning some accolades, and then when the pandemic hit in 2020, I remembered why I wanted to be a screenwriter in the first place. It was to entertain and to tell Nova Scotian tales!

I wrote a novel (Unconventional Daughters) inspired by an incident in Yarmouth, N.S. in the 1920s, and published it but since I wasn’t quite finished with some of the characters, another novel, Uncommon Sons followed, which was released in mid-2021. The latter takes place in Halifax in 1935-36. The third novel in the trilogy followed – Undeniable Relations that is set in Yarmouth, N.S. between 1956 and 1958.

It’s great to be living in my home province, and I may have finally found my tribe right where I belong.